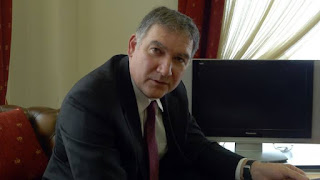 After years of punishing austerity, Greece finally has grounds to hope it will regain its financial independence when its bailout programme ends next summer. The economy has returned to modest growth. Against expectations, Athens has hit its fiscal targets and secured a pledge of further debt relief from creditors. Yet despite the huge efforts made to put the public finances on a more sustainable trajectory, there remain serious doubts over the government’s commitment to reform the Greek state, rid institutions of political influence and guarantee the rule of law.

The conviction last week of Andreas Georgiou, the country’s former chief statistician, for “violating” his duties during the sovereign debt crisis, is especially worrying. Mr Georgiou has for six years been fighting accusations that, as head of Elstat, the statistical agency, he inflated Greece’s 2009 budget deficit, forcing the country to undergo deeper austerity.

No matter that he had been acquitted of these charges a few months earlier, only to have the case reopened. No matter that the EU’s statisticians — whose standards he was supposed to be following — have endorsed both the procedures he followed and the figures he produced, describing last week’s trial as a “preset farce”. Mr Georgiou — a former IMF official and thus part of a hated international technocracy — is a convenient scapegoat for the failures of Greece’s political class.