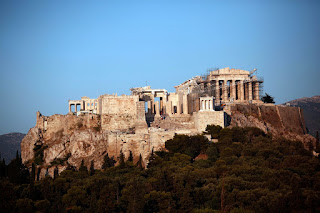 Greece's hopes of returning to the debt markets after a three-year absence have been held up by one of its main creditors, the International Monetary Fund.

Under the strict conditions of its bailout, the country's debt burden is still too high to contemplate selling more debt, according to the IMF.

But there is a compromise option, which Greece should pursue.

The Hellenic Republic had been laying the groundwork to issue as much as 4 billion euros ($4.6 billion) in five-year bonds after repaying 6 billion euros of its existing debt this week. But the funds to pay down that debt came from the European Stability Mechanism, so Greece's overall debt hasn't been reduced, simply extended.