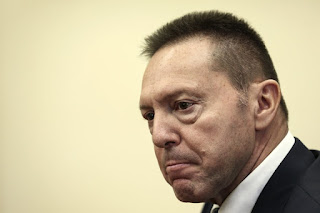 Greece’s central bank Governor Yannis Stournaras suggested the country has no immediate need to return to international markets and said the government should instead focus on proceeding with some big privatizations to win investors’ confidence. He also said the country’s European creditors should specify debt-relief measures or else the country may need another bailout program. Here is an abridged transcript of his conversation with Journal reporters in Athens on Monday.

WSJ: Greece reached an agreement with its creditors in June. What do you think about it—doesn’t it just kick the can down the road again?

Yannis Stournaras: No, I think it is a good agreement. It was long overdue. It will remove uncertainty regarding the payment of Greece’s obligations in July so it is important as such. Of course I would have preferred to have more clarity on debt relief because the expression regarding the extension of maturities of interest payments and amortization from zero to 15 years does not say much and did not allow the [European Central Bank and International Monetary Fund] to work out a debt sustainability analysis. So I hope that soon the Eurogroup will say something more about that and preferably closer to the 15 years.

WSJ: So you don’t think it gave much clarity regarding Greece’s debt?

YS: No it didn’t. It gave a direction, we now know the Eurogroup thinks of extending maturities, interest and amortization payments. And the closer this extension is to 15 years the better. As you may know, in the Bank of Greece we have done a study which shows that at a minimum we need about 8.5 years of weighted-average extension of interest payments to secure debt sustainability. But this is only a minimum, this is at the margin. So I prefer something closer to 15 years that the Eurogroup has included in the statement.