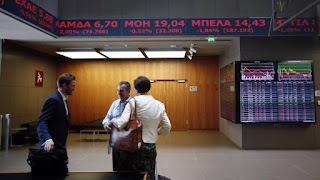 Two years ago Wolfgang Schäuble said “it would be better” for Greece to leave the eurozone. But in rare praise this week Germany’s steely finance minister struck a much warmer note.

“Greece has carried out many reforms and is on a good path,” said Mr Schäuble in a media interview — support that shows how far the country has come since the EU’s tense five-month stand-off in 2015 with the leftwing government of Alexis Tsipras.

His comments came in the same week that Greece returned successfully to the sovereign debt market with a €3bn bond offering, which was more than twice subscribed. A buoyant Mr Tsipras hailed the issue as “the most significant step towards ending this unpleasant adventure of the memorandum [bailout].” Euclid Tsakalotos, the finance minister, said Greece would hold another two or three bond sales in the coming months with the aim of building a sufficient cash buffer to keep the government afloat after it exits an €86bn bailout in August next year.