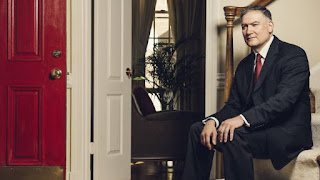 An appeals court prosecutor has called for Greece’s former statistics chief to be convicted for “violating” his duties during the period when the country was gripped by a worsening sovereign debt crisis.

Andreas Georgiou is accused of failing to hold the correct board meetings when he was chairman of Elstat, the Greek statistical agency, and of secretly endorsing austerity policies backed by the International Monetary Fund, his former employer.

“He neglected his duties by failing to hold the required monthly meeting of the board of directors . . . What did he want? To be the sole arbiter of Greek statistics and the star of the show?” prosecutor Lambros Patsavelis told a packed court in his summing up of the case against Mr Georgiou.

The former Elstat chief, who denies the charges, is facing his second trial over the affair after being acquitted in December by an appeals court. A senior Greek prosecutor ordered the case to be reopened with a different panel of judges, after examining documents from earlier hearings.