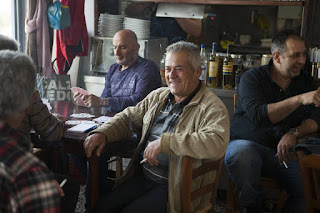 When Katerina Dervenioti decided in 2013 to open a bar in central Athens, she was sure of one thing: there would be no smoking. She had always disliked it, and after all the government had passed a law banning smoking in interiors back in 2009.

It took only a few hours after opening her cafe in a trendy Athens neighborhood to be sure of a second thing: Greeks believe rules are meant to be broken.

Despite the law, patrons at her vintage-inspired spot lighted up without a thought. She removed ashtrays, added signs and spoke to customers directly, but it was futile. Customers now smoke all they want, she said, starting early in the morning with coffee and ending late at night with a cocktail.

In Greece, star athletes celebrate championships with cigarettes dangling from their lips—star center Ioannis Bourousis of the Panathinaikos basketball team was seen toking on a cigar at a bouzouki bar after a big win in June.

Taxi drivers smoke while driving, holding their cigarettes out an open window only when they have passengers.

On a recent visit by Amin Mohamed to the local municipality office to take care of paperwork for his dry-cleaning business, the smoke was so thick that he finally asked the employee there to put out his cigarette. The employee simply opened a window and kept on smoking, he said.

“Nothing will ever change,” Mr. Mohamed said. 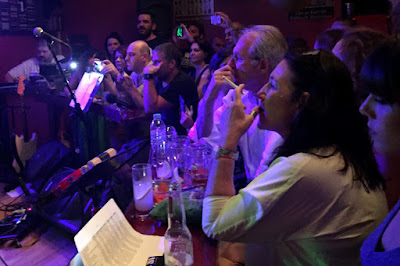 Posted by Aristides N. Hatzis at 7:58 AM