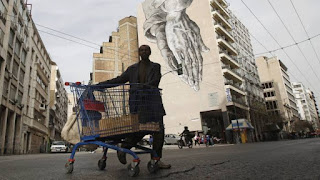 It is precisely five years since Mario Draghi declared the European Central Bank ready “to do whatever it takes” to preserve the euro. With the eurozone’s recovery in full swing and the ECB starting to edge towards an exit from stimulus, there could be few better ways to mark the anniversary than a successful sovereign bond issue by Greece — the biggest casualty of the single currency area’s debt crisis.

The €3bn sale of a 5-year bond — of which about half came from existing investors who swapped their holdings of debt maturing in 2019 — is a tentative first step. It may say as much about investors’ desperate search for yield as it does about Greece’s rehabilitation with capital markets (a yield of 4.625 per cent on the new bond is less impressive than it seems, given the negative yield on German 5-year debt). Yet it is still a breakthrough to be celebrated.

The last time Athens was able to raise money on the open market was in 2014, shortly before the radical Syriza coalition arrived in government, throwing Greece’s bailout programme into disarray. Yet for all the turbulence, investors who bought those bonds — even as recently as February — stand to make a healthy profit.

Yesterday’s bond sale is a reflection of the progress Greece has made and a precondition of further progress.