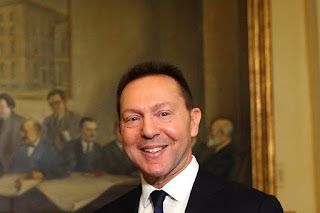 Greece’s central-bank governor said the country has no need to return to bond markets this year, and called on the government to focus instead on privatizations as a way to win investors’ confidence.

“I think it’s a bit early” to tap public markets, Yannis Stournaras said in his first comments on the issue since Greece reached a deal with its international creditors in mid-June.

“I think it would be even better, for instance, if Greece proceeds with two or three emblematic privatizations in the period to come. That would be more helpful to tap markets later,” he said.

The comments indicate a division among top Greek officials over how to get the crisis-struck country back on its feet. Greece’s privatization program, which has repeatedly missed targets set under the country’s bailout, is lately speeding up, despite Greece’s left-wing government initially opposing many of the projects.