Greece on brink of return to sustainable growth, economists believe 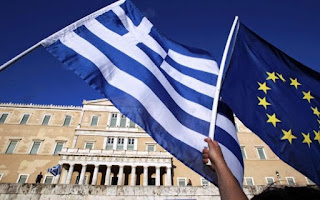 Greece could be close to returning to sustainable economic growth at last after almost a decade of devastating recessions and crises, economists believe.

The country’s government is getting closer to restoring a degree of financial stability through the latest round of talks with the EU and the International Monetary Fund. After several false dawns, UBS’s chief economist for the region hopes that only a few more steps could be required to put the troubled economy firmly on the right track.

Gyorgy Kovacs believes that finalising the debt relief plan combined with Greece’s inclusion in the European Central Bank’s bond-buying programme would be one serious improvement, and that further improvements in economic sentiment, with the liberalisation of capital controls, is another.

“What we have seen is that, compared to the first quarter, there has been a positive turn in the economy. If we add on top of that the closure of the review, hopefully it will bring improved confidence into Greece,” he said.

“Hopefully it will allow the end of capital controls, or the easing of those.”