Greece aims to sell bonds for first time since 2014 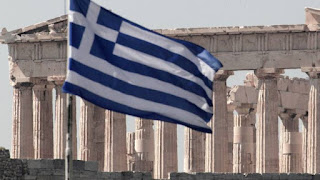 Greece is looking to sell government bonds for the first time in three years in the latest sign of investor willingness to forget the past problems of former pariah sovereign borrowers.

The southern European nation is expected to sell a five-year bond this week or next, say bankers with knowledge of the plans.

Bond market conditions have steadied since the turbulence of last month when central banks signalled what appeared to be a co-ordinated shift towards monetary tightening, although benchmark yields have continued to tick upwards.

There is a “lot of positive momentum” and “credit markets still feel very healthy”, one banker said. “The market is open for Greece,” said another.

With much eurozone sovereign debt generating negative yields, investors are also on the hunt for paper offering better terms.