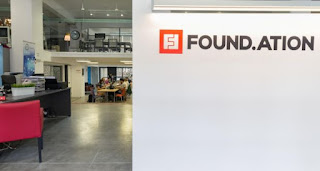 Greece has been in crisis now for a decade. Since sliding into recession in 2008, it has seen its annual output collapse by about a quarter. Its unemployment rate has been above 20 per cent for more than five years. Close to a half a million Greeks, mostly those with the best education and career prospects, have left the country to seek their fortunes elsewhere.

There have been few rays of hope to cling to in this dark period. One of them has been the steady emergence of the Greek start-up ecosystem. In the years since four EU-backed venture capital funds started operating in early 2013, there have been notable successes, including multimillion dollar investment rounds and buyouts by major global companies.

One active player in the Greek start-up scene has been Stavros Messinis, founder of CoLab, a co-working space in Athens, in 2009 and, in 2013, another space known as the Cube.

“We’re currently hosting around 20 companies. They are mainly software tech companies but we have one or two hardware companies, a software agency and even a company that makes trendy handbags,” Messinis says.

“We offer them facilities to work from, mentoring and other services such as legal and accounting. The fact that they’re together in a shared office means they help each other out.”