In Greece, Allegations of Government Kidnapping and Forced Deportation 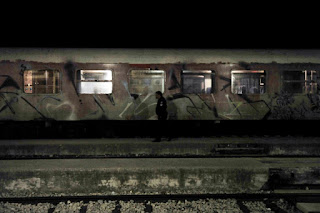 In the early hours of May 24th, a Turkish journalist seeking political asylum fled his home country. He managed to cross the Evros, a river that slices through the border of Greece and Turkey.

The journalist, Murat Çapan, was in exile, attempting to escape a nearly 23-year prison sentence on charges of terrorism that stemmed from his work as an investigative reporter and editor at the now-defunct news magazine Nokta.

But his freedom was short-lived. According to an account of his story made public by the Hellenic League for Human Rights, Çapan and two friends were apprehended by police in the Greek border town Didymoteicho; there, they were reportedly denied the ability to apply for asylum and put in an unmarked white van, which they were told would take them to the United Nations High Commissioner for Refugees.

It didn't. Instead, the van reportedly dropped the group off in a deserted field adjacent to a river, where five gunmen bound their hands and placed them in an inflatable boat. Two of the men then reportedly guided the group across the river to the Turkish border, near a military outpost, and abandoned them. According to the report, a group of Turkish police officers quickly discovered them and apprehended Çapan. He's currently in prison.