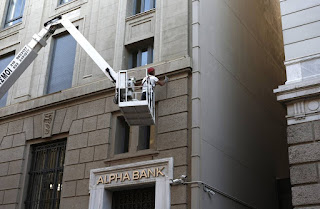 When Greece imposed capital controls in the summer of 2015, the measures were a critical bulwark for banks left teetering after fears of a Greek exit from the European Union caused citizens to pull billions of euros in deposits.

Two years later, the country is a case study in capital controls. The measures prevented a collapse in the banking system, and predictions they would throw grit into the wheels of the economy haven’t materialized. Instead, controls have produced some surprising results, including helping Greece combat tax evasion, a perennial scourge.

As Greece’s creditors prepared to approve Thursday the final payment in the country’s up-to-€86 billion ($96.5 billion) bailout, there was no talk of lifting the measures—a reflection of the continued fragility of its battered economy.

“If we put aside the chaos created in the first couple of months, the mechanism currently in place is running smoothly,” says Nikos Manesiotis, who runs a food-import company and has had to navigate the measures to pay foreign suppliers. “But Greece remains the black sheep of Europe.”