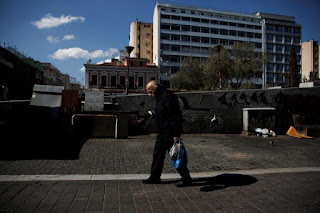 Greece urged its European lenders on Wednesday to offer incentives that will boost growth and help break an impasse between the euro zone and the International Monetary Fund on the size of relief the country needs to make its debt sustainable.

During a meeting of euro zone finance ministers last month, Greece, its euro zone lenders and the IMF failed to agree on the debt relief measures to be implemented after its current bailout expires in 2018, mainly because of different growth assumptions. They are now aiming for a deal at a June 15 Eurogroup meeting.

Government spokesman Dimitris Tzanakopoulos said growth incentives in the coming years, such as investment packages, could help bridge the differences and help "find the common ground needed for a comprehensive solution sought by all sides".

"This is an issue which has engaged the current discussions and it may be the key to reach a deal, in other words to find the common ground among all sides on growth projections," Tzanakopoulos said during a press briefing.