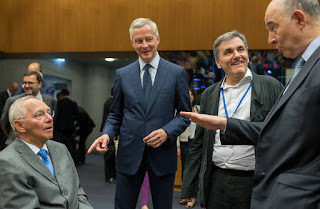 Greece’s creditors agreed on Thursday to release the next tranche of its €86-billion ($96.5-billion) bailout but put off a final decision on relieving the country’s crushing debt burden until August of next year.

The agreement, reached in Luxembourg among the finance ministers of the eurozone, unlocks €8.5 billion of the bailout fund. While that brings Greece a small step closer to the end of an eight-year ordeal, the creditors’ refusal to address debt relief leaves the depleted country with bleak prospects for the future and at risk of needing yet another bailout down the road.

Greece’s travails remain a black mark in a eurozone that has otherwise found fresh confidence this spring, underscoring the bloc’s failure to root out the problems that threatened the single currency’s integrity five years ago.

The government of Prime Minister Alexis Tsipras enacted unpopular austerity measures whose effects extend well beyond next year’s end of the current bailout program with the aim of convincing creditors to go beyond releasing the next payment and restructure Greece’s debt.