Greece and creditors reach deal on next part of bailout 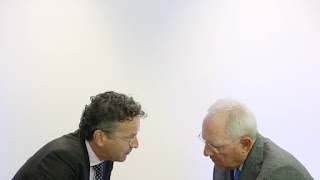 Greece and its international creditors have reached a deal on the next stages of Athens’ €86bn bailout, removing the risk that it could default on more than €7bn in debt repayments that fall due next month.

The deal ends months of uncertainty that have weighed on Greece’s recovery and spooked investors, allowing the country to secure money it badly needs while putting off difficult discussions on debt relief.

Jeroen Dijsselbloem, the Dutch finance minister who chaired the meeting, said the outcome was “a major step forward” that would help put Greece’s economy on a sounder footing.

Thursday’s deal resolves a stand-off between the Washington-based IMF and the EU over the conditions for the fund to take part in Greece’s bailout — a step Berlin says is essential if Greece is to receive any more aid.