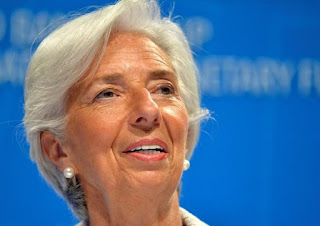 The International Monetary Fund and euro zone government lenders need more time to reach an agreement on debt relief for Greece because the euro zone is still not sufficiently clear in its intentions, IMF chief Christine Lagarde said on Friday.

Top euro zone officials and Lagarde met on Friday on the sidelines of a G7 finance ministers meeting in the Italian port city of Bari to discuss debt relief which the Eurogroup of euro zone finance ministers promised in May 2016, under strict conditions.

"We will carry on working on this debt relief package. There is not enough clarity yet. Our European partners need to be more specific in terms of debt relief which is an imperative," Lagarde told reporters on entering the G7 talks.

The Fund has made debt relief for Greece a condition for its participation in the latest bailout for Athens, the third one since 2010. Several euro zone governments, led by Berlin, want the IMF to participate for credibility reasons even though they disagree with the need for debt relief.

German Finance Ministers Wolfgang Schaeuble, also at the meeting in Bari, asked if he would be prepared to ease the conditions for debt relief, said:

"We are prepared to stick to what we have agreed in May 2016. That is the basis on which we are working ... I am still in favour of getting a solution, at least a political solution, in the Eurogroup on the 22nd of May."