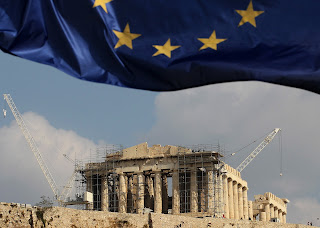 A central element of the proposal is a debt swap in which the European Stability Mechanism, or ESM, would purchase €13 billion of Greece’s IMF loans outstanding in 2019 and beyond, using funds likely to be untapped in Greece’s bailout program to make the purchase. The ESM would offer lower interest rates and a longer maturity, providing Athens with significant relief.

The German government is not opposed to the idea in principle, according to information obtained by Handelsblatt. Berlin views the proposal as one option among many, but a decision will not be made until after the current bailout program expires in the middle of the coming year.