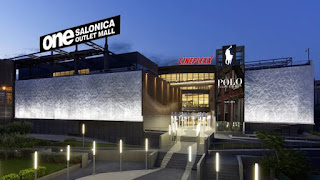 An open-air cinema with a natural backdrop of twinkling city lights and the inky Aegean Sea is the latest attraction for shoppers at One Salonica, a mall in the Greek port of Thessaloniki.

The new screen is the eighth that Cineplexx, an Austrian investor, has opened at the mall in a low-income neighbourhood since the company came to Greece two years ago. Christof Papousek, chief financial officer and a partner in Cineplexx, says the investment has worked out well.

“We’re profitable there, we feel in a very comfortable position and we’re ready to expand in the Greek market,” he says.

Such confidence might seem barely conceivable. Greece has been gripped by economic crisis for years: indeed Cineplexx arrived in mid-2015 just as the country was falling off Europe’s investment map. Capital controls had been imposed, the leftwing Syriza government was locked in a dispute with international creditors and Greeks were bracing for an involuntary exit from the euro.