Greece Has the Resources to Heal Itself 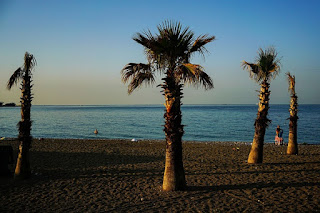 The euro area's finance ministers again failed to come to an agreement on debt relief for Greece. No surprise there. Hammering out the details would force them to accept an uncomfortable reality: Greece won't be ready to tap private debt markets for years to come. In the meantime, if it wants to get off life support, it will have to find a way to cut tax evasion.

The unpopular Greek government of Alexis Tsipras keeps trying for a debt-relief deal. All its many concessions, which have made Greeks and everyone else forget this was once a rebellious, far-left cabinet, are geared toward that goal, and so is the mammoth, 245-page austerity bill passed last week. There are more pension cuts and more tax increases, all in the name of showing shareholders that Greece is willing to be frugal and so should be allowed to tap markets again. Starved of investment, the country is in recession again, the only euro-area member to report negative growth (minus 0.5 percent year-on-year) in the first quarter of 2017. Greece almost certainly won't meet the growth target set by the European creditors -- 3 percent in 2018; the Bloomberg consensus forecast for that year is just 1.9 percent.

A nominal haircut for official investors is, however, a red line Germany and other northern European countries won't cross, as the Eurogroup reiterated in its statement on Monday. Instead, the statement repeats the insistence that Greece maintain a primary budget surplus of 3.5 percent of gross domestic product for the medium term. The International Monetary Fund wants more specifics from Greece's creditors on how maturities and interest rates on the debt will change if it is to keep taking part in the Greek program. The Greek government wants a deal so it can explain to voters why they're expected to put up with continued austerity. The required specifics, however, can only emerge before the September election in Germany -- say, at the next Eurogroup meeting in June -- if the creditors incur no additional costs. Otherwise, Chancellor Angela Merkel's government will have to answer to conservative voters for her inability to stop paying Greece.