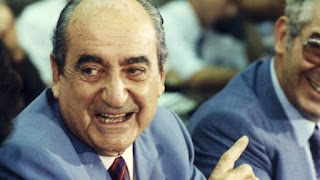 Constantine Mitsotakis, who has died aged 98, served briefly as prime minister of Greece between 1990 and 1993. But he wielded influence over its volatile politics for more than four decades as the head of a powerful political dynasty from the island of Crete.

Mitsotakis, a pro-western centrist, made the launch of unpopular market reforms his overriding priority as premier, following a decade of socialist rule. His New Democracy government carried out sweeping price liberalisations, overhauled the state pension system and set up the country’s first privatisation programme.

Back in opposition in 1994, he presciently warned the socialist government of Andreas Papandreou, the prime minister, that Greece would eventually have to seek help from the International Monetary Fund if further fiscal and structural reforms continued to be postponed.