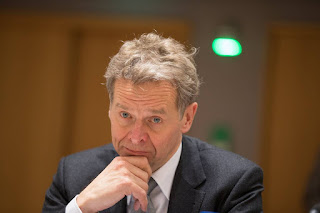 The International Monetary Fund had a sobering message for Greece this weekend: Even if the country secures debt relief from its European creditors—a question that is by no means assured with bailout talks still deadlocked—the nation still needs even more painful economic overhauls than currently planned.

Seven years into an economic crisis and another near-term financial emergency looming, that is a message no Greek wants to hear and a key reason why the IMF is also urging Germany and Athens’ other European creditors to give the country hope in the form of real debt relief.

The country’s “fiscal and structural reforms...pension reforms, tax reforms, are only a down payment,” said Poul Thomsen, IMF’s European department chief and Greece’s original bailout architect, on the sidelines of the fund’s semiannual meeting of finance ministers and central bankers.

To bring the country’s unemployment and income levels back to precrisis rates will take “deep structural reforms, many of which are not yet on the books,” he said. The jobless rate is currently at 22% and half of all the youth labor force are without work.

“This is a long-term project,” he said.