I.M.F. Torn Over Whether to Bail Out Greece Once Again 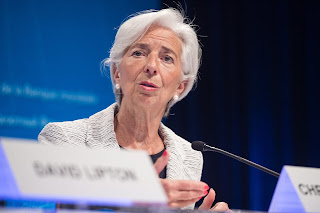 As the International Monetary Fund approaches the seventh anniversary of the contentious Greek bailout, it is torn over whether to commit new loans to a nearly bankrupt Greece.

For more than a year, I.M.F. officials have been saying — loudly — that they cannot participate in a new rescue package for Greece unless Europe agrees to ease Greece’s onerous debt burden.

The fund’s reluctance to commit additional money to Greece also highlights a widely held view among I.M.F. officials — and in the Trump administration — that the fund overextended itself in Greece. They also see the responsibility for restoring the country’s economic health as resting primarily with Europe, which currently holds 80 percent of Greek debt.

At the same time, Greece, which has acceded to demands from the fund to cut spending and bring in more revenue, faces a 7 billion euro debt repayment in July, which it may not be able to meet if the I.M.F. and Europe cannot reach a new bailout agreement.