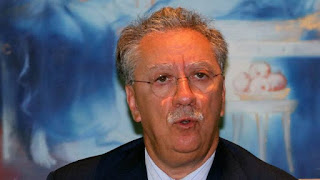 The former governor of Greece’s central bank and the ex-chairman of Piraeus Bank are facing criminal charges over bond swaps worth hundreds of millions of euros in the run-up to the country’s economic crisis.

The case has come to light as the leftwing Syriza-led government intensifies its crackdown on high-level corruption. Many observers view the campaign as an attempt by the ruling party to divert attention from a new round of tax increases and pension cuts agreed with bailout creditors.

A former defence minister already faces a parliamentary investigation over alleged bribe-taking, while procedures are underway to restart a long-delayed court case involving backhanders allegedly paid by Siemens of Germany to Greek suppliers.

The two bankers, George Provopoulos, the central bank chief between 2002 and 2014, and Michalis Sallas, who ran Piraeus for 25 years, face charges of breach of trust. Both men deny any wrongdoing.