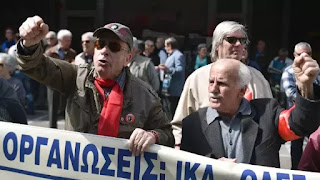 Greek ministers and the country’s bailout monitors were on Tuesday trying to strike a deal on the pension and labour market reforms needed to unlock further financial aid.

With the clock ticking down to more than €6bn in debt repayments that Athens must make in July, negotiators say an accord on the main elements of the policy package must be reached soon to stave off the risk of a crisis this summer.

Reaching the deadline without a further tranche of bailout loans would leave Greece’s economy “in such a state that all parameters of decision-making would have to be revisited”, one EU official said. It “would be extremely detrimental”.

A deal on the reform package is one of several requirements for the International Monetary Fund to join the €86bn bailout as a financial partner — a step that Germany says is pivotal if further tranches of aid are to be provided to Greece.