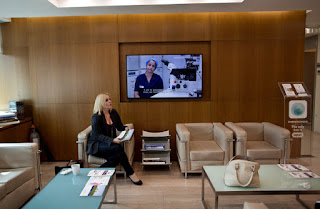 As a longtime fertility doctor, Minas Mastrominas has helped couples in Greece give birth to thousands of bouncing babies. But recently, disturbing trends have escalated at his clinic.

Couples insisting on only one child. Women tearfully renouncing plans to conceive. And a surge in single-child parents asking him to destroy all of their remaining embryos.

“People are saying they can’t afford more than one child, or any at all,” Dr. Mastrominas, a director at Embryogenesis, a large in vitro fertilization center, said as videos of gurgling toddlers played in the waiting room. “After eight years of economic stagnation, they’re giving up on their dreams.”

Like women in the United States and other mature economies, women across Europe have been having fewer children for decades. But demographers are warning of a new hot spot for childlessness on the Mediterranean rim, where Europe’s economic crisis hit hardest.

As couples grapple with a longer-than-expected stretch of low growth, high unemployment, precarious jobs and financial strain, they are increasingly deciding to have just one child — or none.