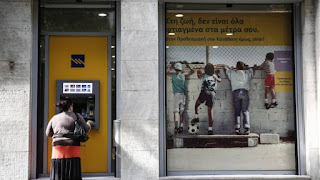 Piraeus Bank has hired Christos Megalou as its chief executive, ending one of the longest senior job vacancies in European finance. The top job at Greece’s biggest lender has been vacant for 14 months.

Mr Megalou, a former investment banker in London, was chief executive of Piraeus’ Greek rival Eurobank for almost two years before stepping down in January 2015.

He is one of only a few Greek bankers deemed to meet the Greek financial stability fund’s criteria for heading one of the country’s systemic lenders — at least 10 years experience in a senior position abroad.

He worked for Credit Suisse for 15 years holding several investment banking positions before joining Eurobank in 2013 to oversee its restructuring and recapitalisation as Greece struggled to emerge from its first crisis.

Mr Megalou took credit for bringing in a group of anchor investors, among them Fairfax Financial, the Canadian group headed by Prem Watsa, and Wilbur Ross, the US investor. Eurobank successfully raised €2.9bn in 2014, to become the first Greek bank to return to private ownership after the crisis.