IMF under pressure in Washington over Greek bailout 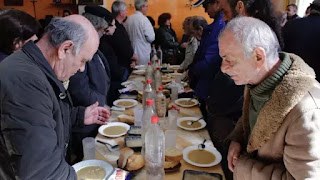 Conservatives in Congress are pushing Donald Trump to block the International Monetary Fund from participating in a European-led bailout of Greece, as his administration signalled it would take a tougher line with global institutions.

In what was labelled an “America First” budget revealed on Thursday, the president proposed a $650m cut in US funding over the next three years for multilateral development banks including the World Bank. He also this week nominated two conservative economists with a history of criticising the IMF and the Bank for the two top international posts at the US Treasury.

Those two moves came as Steven Mnuchin, Mr Trump’s Treasury secretary, travelled to Germany to meet his G20 counterparts. They also signal that Mr Trump, who railed against “globalists” throughout his run for president, is likely to deliver on campaign pledges to take a fundamentally different approach towards international organisations and the global economy.

But conservative Republicans in Congress are eager for him to go a step further. They want him to assert US power over such bodies by taking a hard line and opposing further IMF involvement in Greece, which is sliding towards another crisis this summer unless its European creditors agree to cover billions more in debt payments.