How does jailing the statisticians fix Greece’s financial crisis? It doesn’t. 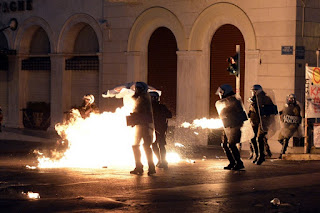 The Greek government’s ongoing attempts to imprison Andreas Georgiou will reshape the Greek economy — in ways that may last for decades. Georgiou is a statistician who’s been accused by the government of inflating data on the size of the Greek deficit. He’s awaiting trial — for telling the truth about the Greek economy.

Georgiou has been acquitted in four trials since 2011, most recently in December. Greek politicians are still pushing the case, which is now at the Greek Supreme Court. Georgiou appears to be a convenient scapegoat for Greek politicians trying to avoid blame for their country’s ongoing financial crisis.

The prosecution of Georgiou undermines the rule of law. As a member of the European Union, the Greek statistical office is required to follow E.U. accounting rules. By prosecuting Georgiou for following those rules, the government is telling other bureaucrats that they must break the rules if they want to stay out of jail. In particular, they are signaling to government statisticians that it is dangerous to report bad news about the economy.

Prosecuting statisticians effectively lets Greek politicians shut off the flow of reliable public information about the economy. If statisticians fear the consequences of publishing negative information, then it is in their best interest to hide bad news.