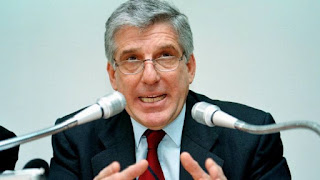 Greek lawmakers have unanimously backed a parliamentary probe into possible corruption involving some €4bn of security procurements signed between 2001 and 2003 while Yannos Papantoniou, a senior Socialist politician, held the post of defence minister.

“In the past these issues [of corruption] were covered up either by political interventions in the justice system or by a conspiracy of silence . . . We’re going to unmask them,” Alexis Tsipras, the prime minister, told parliament ahead of Tuesday night’s vote.

Under parliamentary rules, an all-party committee will examine thousands of pages of evidence before deciding whether Mr Papantoniou should face trial before a special court composed of senior judges. The investigation is expected to take several months.

Mr Papantoniou has strongly denied wrongdoing. He said in a statement that “a dozen” previous judicial probes of defence and security contracts signed while he was minister failed to produce any evidence to support corruption allegations.