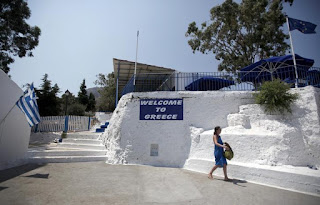 It said gross domestic product in volume terms and measured at constant prices was 184.5 billion euros last year, unchanged from 2015.

ELSTAT's estimate, based on seasonally unadjusted data, showed the economy performed worse than the country's official creditors were expecting based on their recent forecasts.

The European Commission, in its winter forecast published in February, projected GDP growth of 0.3 percent in 2016 while the International Monetary Fund's upwardly revised estimate saw GDP growth of 0.4 percent.