US must understand that Greek default could lead to global crisis 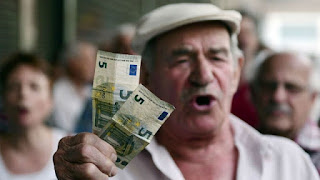 One has to hope that the new administration is not complacent about the latest episode in Greece's ongoing economic crisis. Unlike earlier episodes, there is every reason to think that this episode will not easily be resolved.

There is also reason to fear that this crisis is occurring at a very awkward moment for the European political economy. This heightens the risk that, well before this year is out, trouble in Greece could spill over to the rest of the eurozone economy, which could pose a serious economic challenge for President Trump.

At the heart of the latest Greek crisis, which has seen yields on two-year Greek bonds soar to over 10 percent, is a fundamental policy disagreement between the International Monetary Fund (IMF), Germany and Greece.

This disagreement relates to how much further budget belt-tightening Greece should undertake and how much debt relief Greece's European partners should grant it if the IMF is to participate in future Greek rescue packages.