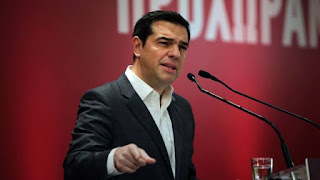 Greece’s prime minister Alexis Tsipras has warned the IMF and Germany to “stop playing with fire” at the expense of the Greek people, saying he is confident a bailout deal is within reach.

Markets were hit this week by concerns that a deal might not be reached before July, when Greece is due to make a €7bn debt repayment. European negotiators are trying to seal a new agreement so Greece can release another tranche of funds from its most recent €86bn bailout to make the payment.

Representatives of Greece’s lenders are set to return to Athens this week to check whether Greece has complied with a second batch of reforms agreed under the current bailout.