The new IMF Report for Greece 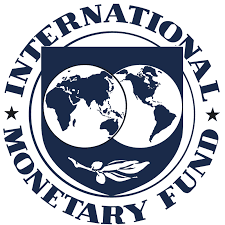 Despite the policy constraints imposed by its membership in the currency union, Greece has made significant progress in unwinding its macroeconomic imbalances. But extensive fiscal consolidation and internal devaluation have come with substantial costs for society, which contributed to delays in reform implementation and to policy reversals since the last Article IV Consultation, culminating in a renewed crisis of confidence in 2015. Since then, the situation has stabilized, and growth is estimated to have resumed modestly in 2016. Notwithstanding the substantial progress achieved by Greece, it still faces fundamental challenges: (i) a vulnerable structure of the public finances; (ii) significant tax evasion and an ineffective tax administration; (iii) impaired bank and private sector balance sheets; and (iv) pervasive structural obstacles to investment and growth. Moreover, its public debt remains highly unsustainable, despite generous official relief already provided by its European partners. Addressing these remaining challenges and restoring debt sustainability are essential to creating a vibrant and dynamic private sector capable of generating sustainable and equitable growth and employment.

Greece: Ex-Post Evaluation of Exceptional Access Under the 2012 Extended Arrangement-Press Release; Staff Report;and Statement by the Executive Director for Greece

In accordance with Fund policies, this report conducts an ex-post evaluation of a four-year exceptional access extended arrangement under the Extended Fund Facility (EFF) with Greece approved in March 2012. The Fund committed €28 billion under the extended arrangement (SDR 23.8 billion or 2,159 percent of Greece’s quota at the time), following the cancellation of the 2010–12 Stand-By Arrangement (SBA). The program was supported by Greece’s EU partners, who committed €144.7 billion. Significant private sector debt relief (€106 billion) was completed at the outset of the program and large official debt relief was provided as well. The Fund disbursed SDR 10.2 billion. Only five out of 16 program reviews were completed as the program went off track finally in mid-2014. The arrangement was cancelled in January 2016.

Read the Report (PDF)
Posted by Yulie Foka-Kavalieraki at 7:45 PM