Solidarity with Greece will render its debt sustainable 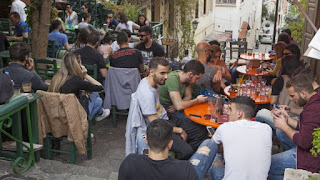 Greece has been under financial assistance programmes for almost seven years. There have been delays, concerns and real drama that brought the country close to leaving the eurozone. There has also been a lot of progress in making the Greek economy more competitive. But for many, Greece remains synonymous with bad news. Few were surprised, therefore, when the International Monetary Fund recently stated that the country’s debt was on an explosive trajectory.

A sober look at the facts shows that Greece’s debt situation does not have to be cause for alarm. The European Financial Stability Facility and the European Stability Mechanism, the eurozone’s rescue funds, have disbursed €174bn to Greece. We would not have lent this amount if we did not think we would get our money back.

Much has already happened to ease the country’s debt burden. Both public and private creditors have made unprecedented efforts to keep Greece’s debt sustainable. No other country in the world has ever received greater debt reduction. In 2012, private investors took a haircut on their holdings, scrapping €107bn in loans from Greece’s books.

Then, public creditors eased lending conditions significantly. This reduced the economic value of the country’s debt by around 40 per cent. As a result, Greece enjoys budgetary savings of about €8bn annually — the equivalent of about 4.5 per cent of gross domestic product — and will continue to do so for years to come. This does not lead to budgetary cost for European taxpayers. However, they do take on risks.