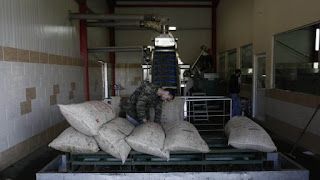 For Christian Hadjiminas, who owns a company that makes night-vision equipment, the return on Monday to Athens of EU and International Monetary Fund bailout monitors will come as a “huge relief”.

“We’re grateful that we’re not going over the cliff,” says Mr Hadjiminas, referring to a two-month long dispute between the Greek government and its creditors that revived fears of a re-run of 2015, when Athens defaulted on an IMF debt payment and came close to crashing out of the euro.

The latest stand-off, which extended to a rare public clash between the EU and the IMF over the sustainability of Greece’s bloated debt was resolved after Athens accepted in principle to adopt tax and pension reforms pushed by the fund. The IMF says the measures are needed if Greece is to hit fiscal surplus targets in 2019 and beyond. The concession opens the way for Greece to receive bailout funding to cover a €7bn debt payment due in July.

But even though the bailout talks appear to be back on track, the prevailing mood in Greece’s business community is one of uncertainty tinged with gloom.