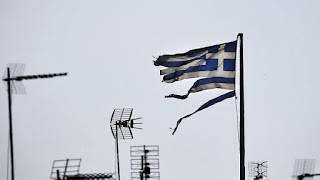 A stand-off with European authorities over the terms and future of Greece’s bailout has led to a rare public split on the International Monetary Fund’s board, amid growing questions over the fund’s participation.

European institutions and the IMF have for more than a year been at loggerheads over what the fund argues are far too stringent fiscal targets being demanded of Athens by its European creditors and calls by the IMF’s staff for Greece to receive more long-term debt relief.

The battle has raised questions over the IMF’s financial involvement in the current €86bn bailout, with German officials again on Monday saying that without the fund’s participation the rescue programme would end, potentially causing a new funding crisis for the government in Athens.

In an as-yet unpublished report on the Greek economy, the IMF’s staff argue that Greece’s debts are unsustainable and on an “explosive” path to reaching almost three times the country’s annual economic output by 2060.