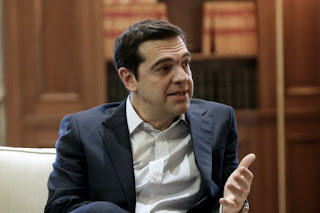 Here we go again. A new impasse between the International Monetary Fund and Greece’s European creditors has raised once more the threat of “Grexit.” The IMF considers Greece’s debt, currently at 180 per cent of GDP, as unsustainable. It has therefore refused so far to take part in the country’s third bailout, agreed in July 2015, unless the European creditors offer debt relief. The Europeans are unwilling to write off debt ahead of national elections—when voters do not want to be told their taxes are going to help the Greek politicians.

The only other option on offer is even greater austerity to force Greece to aim for large primary surpluses in its yearly finances. This requires additional measures which the current left wing Syriza government, run by Alexis Tsipras, would have difficulty accepting.

There is a crucial Eurogroup meeting on Monday, 20th February which should—in theory—pave the way for a successful completion of the current review of Greece’s progress, and release a further chunk of money as some €8bn of loan and bond repayments are due this summer. But it may not. And the Dutch are saying that without IMF participation the whole bail-out is in doubt. The Commission has sent Pierre Moscovici, the EU’s economic Commissioner, to urge the Greeks to find a compromise solution. Without it, default or exit from the euro—maybe even from the EU—could follow.