Greece’s Response to Its Resurgent Debt Crisis: Prosecute the Statistician 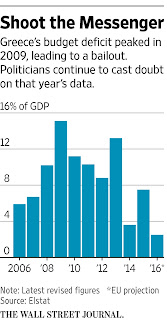 Greece is struggling under its austerity regime and new questions are mounting as to whether it can satisfy its bailout terms. Some people in high places know just whom to blame—a statistician in rural Maryland.

Before Greece’s debt crisis, its governments manipulated statistics and masked the size of budget deficits, waste and patronage. The statistician, Andreas Georgiou, moved from the U.S. to become Greece’s first independent head of statistics in 2010. The European Union certified he subsequently fixed the omissions and reported the deficit in full.

On the contrary, Mr. Georgiou’s foes claim, he manipulated the deficit figures as part of a plot to force severe austerity on Greece under the 2010 bailout “Memorandum” imposed by the EU and International Monetary Fund.

Four times in four years, Greek investigators or prosecutors have concluded that Mr. Georgiou merely applied EU accounting rules and committed no crime. Senior politicians and judges have nonetheless kept the accusations alive. He could face five trials, and life imprisonment in one case. 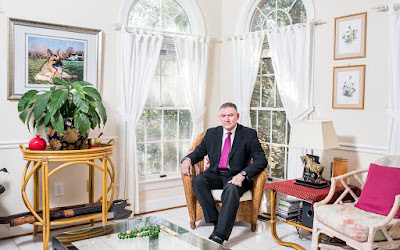 Posted by Yulie Foka-Kavalieraki at 5:58 PM