Eurozone Agrees to Greece Talks in Exchange for Bailout Payments 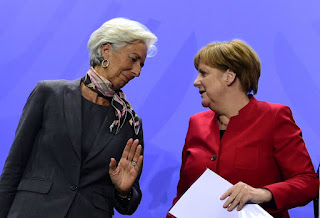 by James Kanter and Niki Kitsantonis

Eurozone finance ministers agreed on Monday to begin negotiations in Athens as soon as next week over much-needed overhauls in exchange for bailout payments, with Greece appearing to win a reprieve from the crippling austerity that it has faced for years.

The agreement fell short of an all-encompassing deal, with key questions unresolved over the shape of the changes to Greece’s pensions, as well as its tax and labor rules. But it is a positive sign ahead of a meeting this week between Chancellor Angela Merkel of Germany and Christine Lagarde, the head of the International Monetary Fund, who have taken contrasting positions on debt relief toward Athens.

Greece does not have to make another major debt repayment to its creditors until the summer. But with elections due in France, Germany and the Netherlands this year, the country’s bailout is threatening to become a major political issue across the region. European officials are particularly eager to head off another full-blown crisis if only to avoid giving succor to far-right parties in those polls.