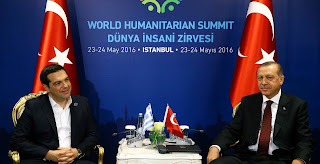 The urgent order from their commander was to pick up casualties from an “emergency situation in the center of Istanbul.” As the responding members of three Turkish search-and-rescue teams approached Vatan Avenue in their Black Hawk helicopters, they encountered gunfire so intense that only one of the three helicopters could land and collect the injured soldiers. All three then evacuated to nearby Topkule base.

There, they were instructed by their commander not to return to their home base as it was “unsafe.” A few minutes later Topkule came under attack, with incoming fire aimed at the helicopters. Eight officers escaped in one Black Hawk to a nearby forest, where they turned to their iPads for news.

It was July 15, 2016. A coup was under way, but little else was known. It wasn’t even clear to them for which side, if any, the three Black Hawk crews had just flown their mission.

The officers repeatedly called their commander for further instructions, but without success. When they saw on the news scenes of killings and lynchings of soldiers and officers by “enraged citizens,” they decided to flee, choosing to go to Greece because, as they said, “It’s a European country.” They eventually told me their story in a series of interviews conducted through their lawyer from the detention center here where they are being kept.

To these eight, like hundreds of others who sought asylum in European Union countries in July, “European” represents a certain set of values. The expectation was that they would find safety in the EU until the chaos in Turkey died down.