‘Moment of truth’ arrives for Cyprus as reunification talks begin 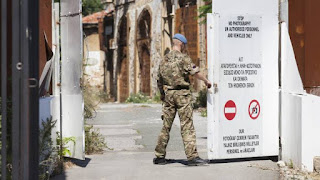 Cypriot leaders started the most intense effort in years to reunite the Mediterranean island on Monday as the UN said “the moment of truth” had arrived to settle decades of ethnic division.

“It is going to be difficult but not impossible,” said Espen Barth Eide, the former Norwegian minister who is UN chairman of the Geneva negotiation, on Monday. “We are now in the final moment.”

Cyprus has been split along ethnic lines since 1974, when Turkey invaded and occupied its northern third in response to an Athens-inspired coup aimed at uniting the island with Greece. A UN buffer zone divides the breakaway Turkish-Cypriot state, recognised only by Ankara, from the Greek-Cypriot state, an EU member.