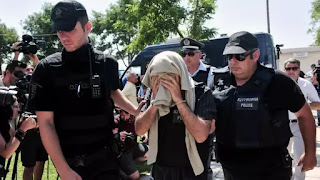 The foreign ministry in Ankara accused Greece of protecting instigators of the coup and harbouring far-left and Kurdish groups that had carried out attacks in Turkey. “Once again Greece, an ally and a neighbour, has failed to fulfil the basics in the fight against terrorism,” the ministry said.

In a written decision released on Thursday, the supreme court ruled against extradition of the six army pilots and two technicians by a majority of 14 to one, saying the men faced “possible violations of human rights” if they were returned to Turkey.

The eight were arrested on July 16, the day after the coup, after landing a military helicopter at Alexandroupolis airport in northern Greece. They faced charges of involvement in a plot to assassinate President Recep Tayyip Erdogan and overthrow the government, according to the extradition documents.