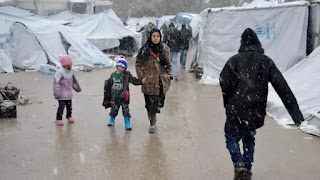 A Greek navy vessel arrived at the island of Lesbos on Wednesday to provide emergency shelter for 500 refugees and migrants living in unheated tents days after the Aegean Islands were hit by snowstorms and sub-zero temperatures.

The navy said the landing craft had been equipped with beds, mattresses and blankets to cater for asylum seekers from the Moria camp.

“We don’t know yet how long they’ll be on the ship . . . but everyone aboard will be staying a warm and secure environment,” a spokesman said.

The leftwing Syriza government is trying to defuse criticism over its slow response to the latest challenge in looking after 62,000 asylum seekers, mainly from Syria, Afghanistan, Pakistan and Iraq.

More than 40,000 refugees were stranded in Greece when countries along the Balkan migrant route to Germany abruptly shut their borders a year ago. 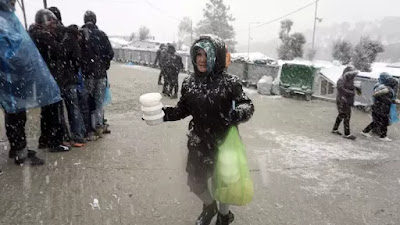