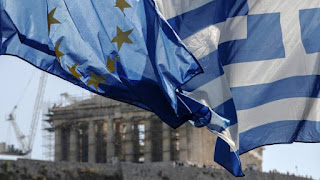 Michel Sapin, France’s finance minister, warned that the “window of opportunity” for a deal on the next stages of Greece’s bailout programme was closing, as a ministerial meeting in Brussels failed to make headway in resolving a split between Athens and the International Monetary Fund.

Mr Sapin, speaking at the end of the regular monthly meeting of eurozone finance ministers, said that the spate of elections in Europe in 2017, starting with those in the Netherlands in March, would soon begin to close out the political space for a deal to be reached. It is widely feared that failure to resolve the issue could knock the bailout programme off course and destabilise Greece.

At Thursday’s meeting, Euclid Tsakalotos, Greece’s finance minister, reaffirmed his rejection of calls from the IMF for Athens to legislate now for the policy measures it would activate after 2018 if the country’s primary budget surplus fell below agreed targets.

Speaking after the meeting, Mr Tsakalotos said it was “not correct to ask a country to legislate two to three years beforehand what it would do in 2019”.

He added: “It is a commitment that goes well beyond the framework of democracy and the ethical values that inspired Europe.”