Fate of eight Turkish airmen is an acid test for democracy 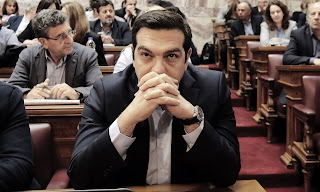 Hard questions for democracies have piled up with a speed we have yet to take in. After the cold war, westerners asked how to stand up to autocrats. Should we intervene to stop genocide in Bosnia? Or demand sanctions and boycotts to protect the rights of Tibetans? The rise of communist China, Putin’s Russia and Erdoğan’s Turkey changed the terms of debate. The question was no longer should we intervene, but could we intervene against powers more than able to resist pressure?

Now that the Trump administration has slouched towards Washington to be born and strongmen have muscled their way into the chancelleries of eastern Europe, the question is more basic: how are supposed democracies different from actual dictatorships?

Greece, the birthplace of democracy, is rarely included in the list of countries that have sunk into corrupt and mendacious authoritarianism. The fact that Syriza is held to be a leftwing rather than a rightwing populist regime is thought to be a distinction of supreme importance by the kind of people who think Paul Mason is an intellectual. Yet the arrival in power of “the coalition of the radical left” did not stop the corruption scandals in Greek politics. Nor did it usher in a new age of freedom.

Instead, Syriza has shown that concepts of “left” and “right” cannot explain the brute realities of 21st-century power. They are almost an irrelevance now. If Donald Trump is right wing, for instance, why do free-market conservatives and national security Republicans fear him so? If Syriza is left wing, why is it in alliance with the ultra-nationalists and religious obscurantists of the Independent Greeks party?