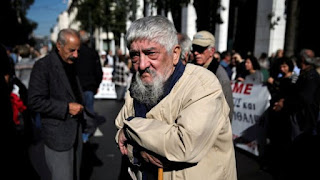 The Greek Prime Minister Alexis Tsipras has refused to back down over his plans to give poor Greek pensioners a pre-Christmas bonus.

A government official said Mr Tsipras would ask parliament on Thursday to approve the payment, worth €617m (£517m) in total.

They said they had not been asked to approve the bonuses plan.

The European Stability Mechanism (ESM), the body that helps eurozone governments in trouble, said it would now be scrutinising the proposed handout.

"Following recent proposals by the Greek government to spend additional fiscal resources for pensions and VAT, our governing bodies have put their decisions temporarily on hold," a spokesman for the ESM said.