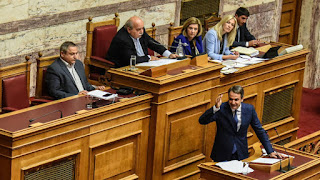 In Athenian cafés where politics are discussed, a furious debate rages over when in 2017 Greece is likely to hold the next general election.

The question might seem premature, given that the current government of Alexis Tsipras, prime minister and leader of the leftwing Syriza party, is only 14 months into its four-year term.

However, as café analysts point out, the average lifespan of administrations since the country plunged into an economic abyss in 2009 is below two years.

“It [the election] will be early spring or early autumn next year. I’m betting on autumn,” says Miltiades, a civil servant who claims to have predicted correctly the timing and outcome of three recent elections. “Regardless of when it happens, it’s likely there’ll be a change of government,” he adds.

Some observers argue that the country’s political instability reflects the unwillingness of successive Greek governments to take decisive “ownership” of reforms despite urging by their main creditors, the eurozone countries and the International Monetary Fund.

More
Posted by Yulie Foka-Kavalieraki at 9:13 AM