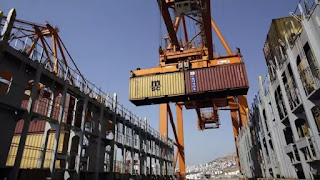 Stergios Pitsiorlas admits without hesitation that Greece has a problem with attracting foreign investors. “There’s a culture here that’s not friendly to investors and it’s deep-rooted,” he says. “But it’s beginning to change.”

To underline his point, Mr Pitsiorlas lists half a dozen disposals of state-controlled companies, infrastructure and chunks of real estate that were completed while he served as executive chairman of the Hellenic Republic Asset Development Fund (Taiped), the country’s privatisation agency.

All were eventually approved by the Greek parliament in spite of strong resistance from hard-left cabinet ministers in the Syriza-led government, trade unions and local municipalities.

Promoted recently to deputy economy minister for investment, Mr Pitsiorlas is optimistic that the country may finally be turning a corner. “There is serious interest now in Greece,” he says. Manufacturing is among the areas of interest, “as wages have fallen significantly during the crisis”. The fact that the country’s two biggest privatisation deals are now being implemented has given an overall boost to investor confidence, Mr Pitsiorlas argues.

More
Posted by Aristides N. Hatzis at 8:22 AM