Greece: A question of independence 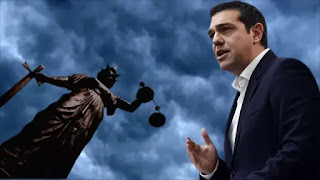 As Yannis Stournaras, the governor of the central bank of Greece, settled into his seat for the three-hour flight from Athens to Frankfurt, he felt a sense of relief that one of the many problems in his in-tray was about to be resolved.

Attica Bank, the country’s fifth-largest lender, was poised to install a new management team he thought was capable of turning round the struggling lender. The only step left was for Attica’s board to officially approve the appointment of Theodoros Pantalakis, a former chairman of Agricultural Bank of Greece, as its new chief executive.

When he landed in the German city that afternoon in early September, however, he realised something had gone wrong. While he was in the air, the government in Athens reversedthe decision to award the job to Mr Pantalakis. It was his introduction to a web of allegedly related events, ranging from a raid on his wife’s business to an unsuccessful bid for TV rights backed by Attica loans.

According to sources, government figures arranged with the Engineers and Public Contractors Pension Fund (TSMEDE), Attica’s largest shareholder, to hand the job instead to Constantine Makedos, a civil engineer with little banking knowledge. Attica has close ties to Syriza, Greece’s ruling party, through links with the trade union that controls TSMEDE.